Our Demolition Man future is going to arrive just a bit sooner than we figured. Your next car may not be able to drive you to a local Taco Bell (since they all are in the Demolition universe), but BMW’s iNEXT concept vehicle certainly hints at a smart, semi-autonomous, hands-off driving experience within the next decade.

The iNEXT is the latest iteration of BMW’s “project i” that was started back in 2013 and has since spawned models like the i3 and i5, hence the naming scheme. This new model is an SAV (Sports Activity Vehicle), which takes the idea of “state of the art” and runs with it. Or, at least it will in 2021 when BMW expects “the car we know today as BMW iNEXT will come onto the market.” 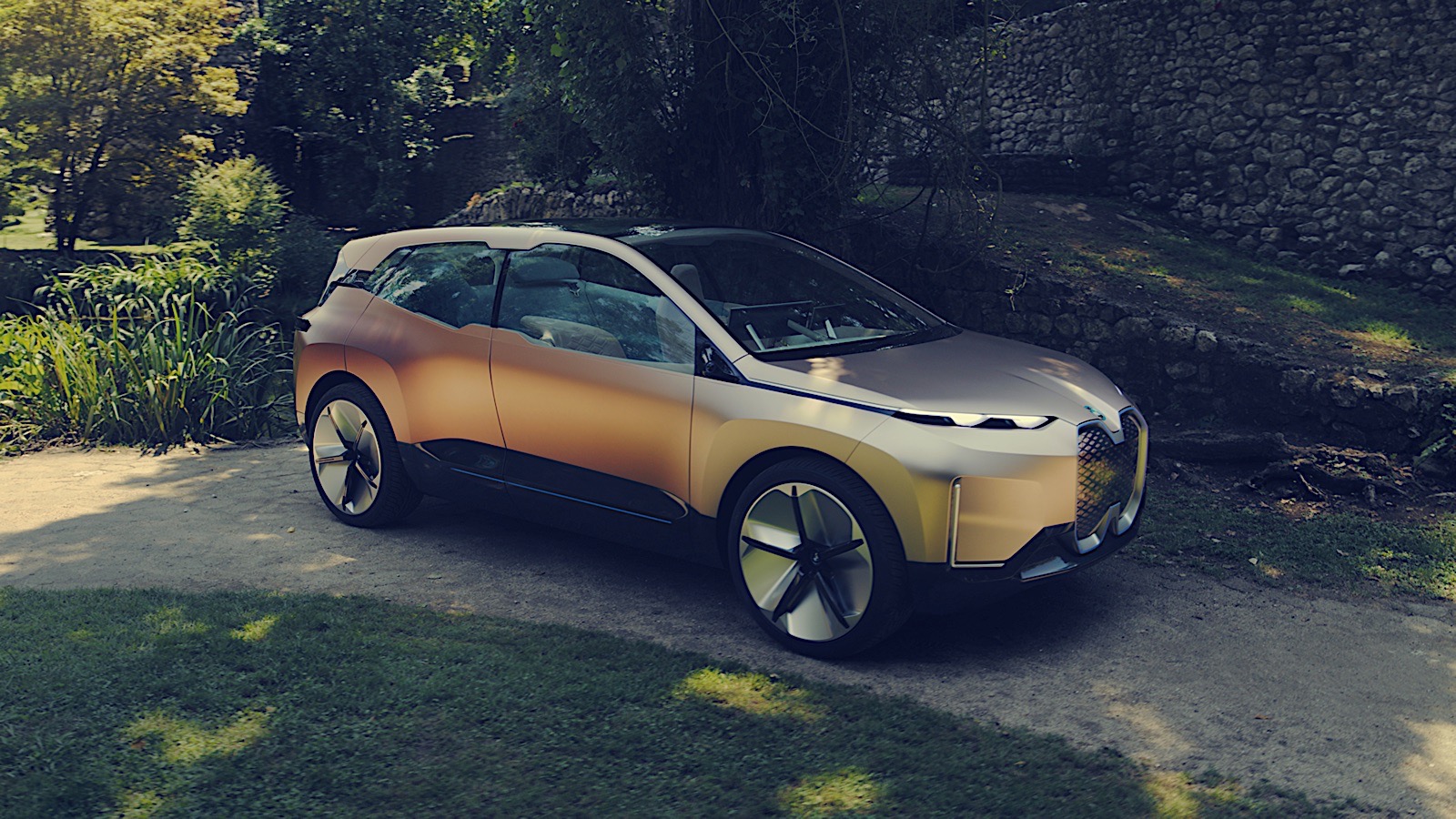 The demo vehicle that BMW showed off, during its San Francisco stop on a four-city teaser tour, looked like it had driven straight out of San Angeles. The exterior was all angles and planes with a matte finish that melded from copper, on the hood, to rose gold on the rear spoiler.

Given the iNEXT’s electric powertrain, the front grille has been replaced with a beaver tooth (or rather “kidney-shaped” according to the press release) front plate, the cabin floor is completely flat allowing for a variety of seat layouts. It’s not that they’re really needed, the top half of the iNEXT’s front seats flip back 90 degrees on command to facilitate conversations with the rear passengers. (Read: better to threaten your kids with turning this car around if they don’t stop the horseplay already.) 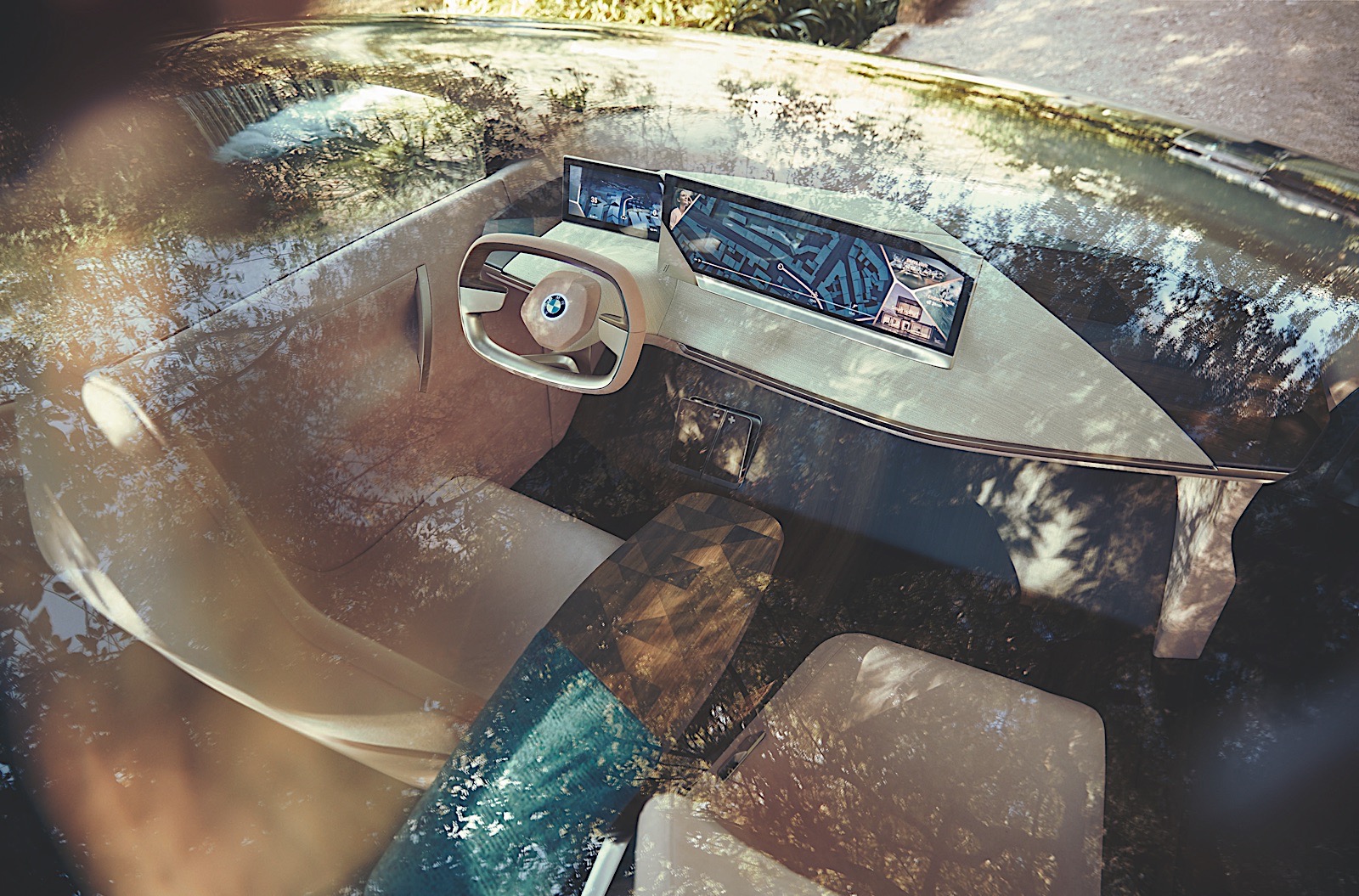 The vehicle interior that BMW envisions somehow manages to blend bleeding edge of modern technology with your grandmother’s living room. There is no instrument console. Instead it’s been replaced with a pair of exceedingly large touchscreen displays that span the length of the dashboard. They need a sneeze guard, but that’s a different matter entirely. The left panel, dubbed “Boost,” displays relevant telemetry data while the right panel; “Ease” serves more as a smart planning coordinator, allowing you to check the state of your smart home security or the state of your social schedule. 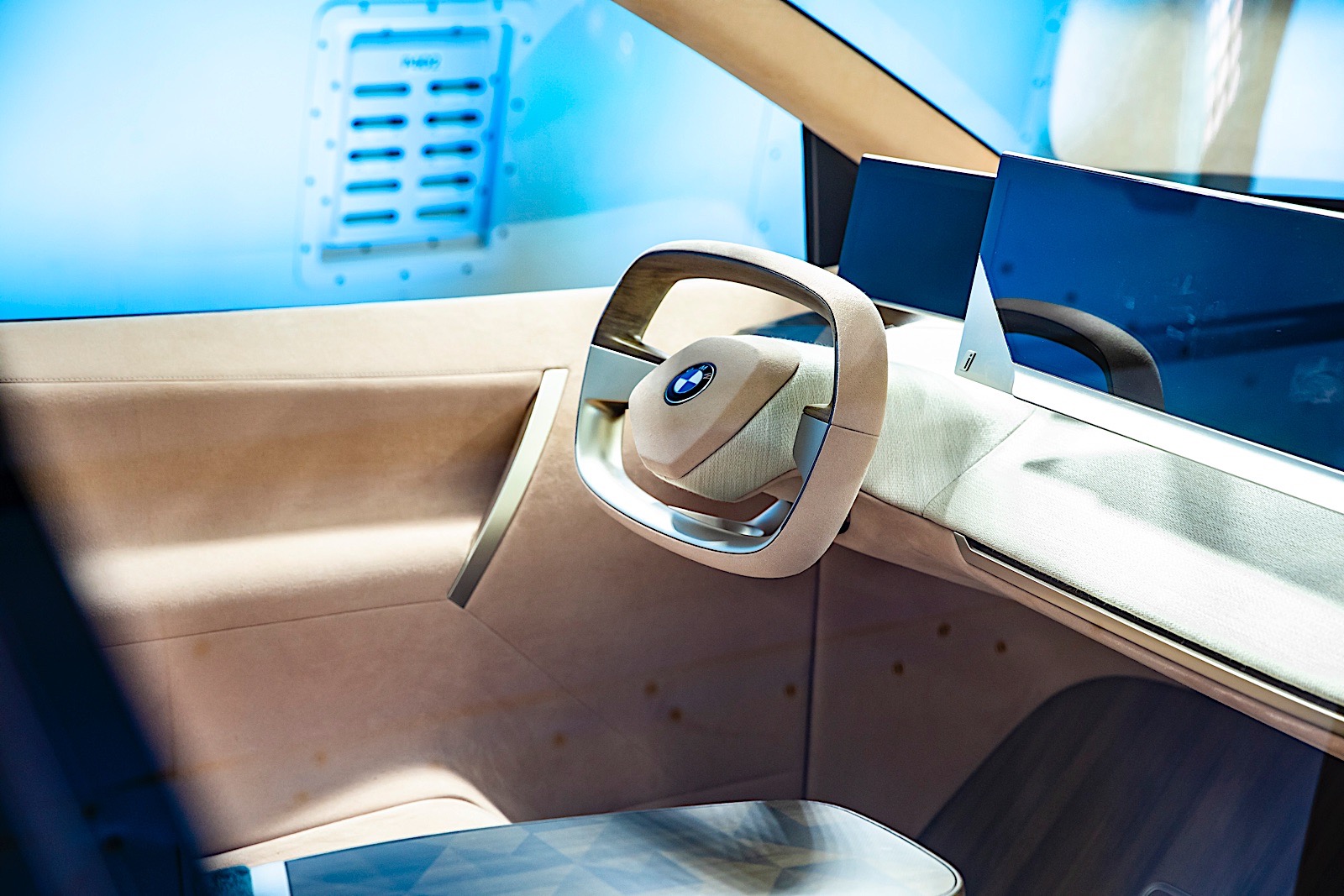 The steering wheel totally does the Demolition Man thing where you can say “BMW, let me drive” and the steering wheel’s outer ring expands to a comfortable circumference for human hands. If the driver wishes to let the level 3 autonomous driving system (that means you can take your hands off the wheel and look away from the road for a while — but no napping) take over, they simply have to tap the emblem in the center of the steering wheel. BMW hopes to eventually upgrade the on-board autonomous systems to level 4 when more expansive parts of the US highway infrastructure come into regulatory code.

The center console was a juxtaposition of teal and walnut, the front seats a riot of peach, mid-century and modern aesthetics battering themselves at loggerheads. The back seats were splayed out as a single sheet of jacquard material, which presumably will be waterproofed since dear god, can you just imagine what your kids will do to it and the integrated touchscreens? 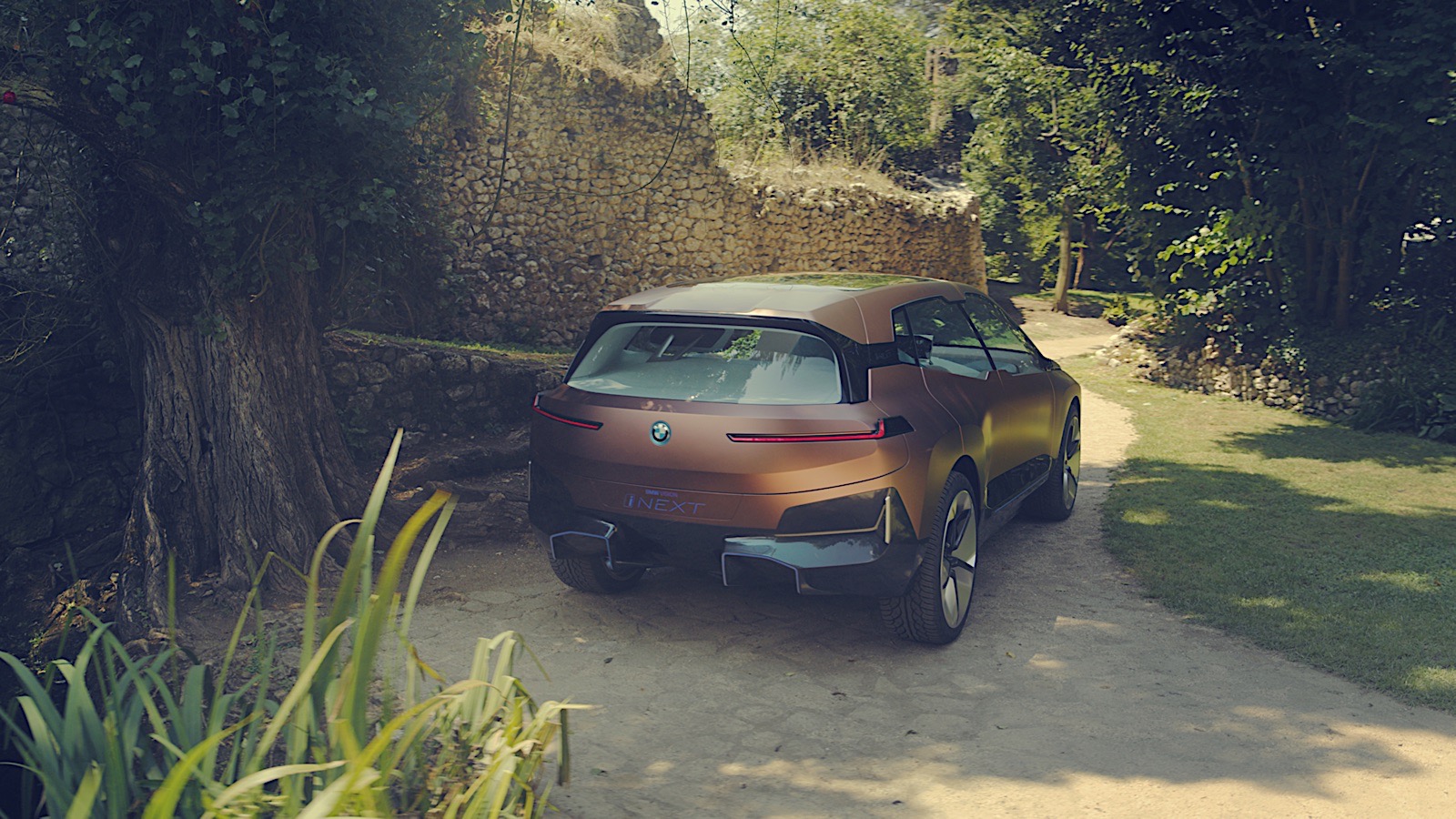 Oh, right, the back seats in the iNEXT have integrated touchscreens that control the sound system. Simply draw a musical note on a specific section of the seat and the radio turns on. Spread your thumb and forefinger to turn up the volume, squeeze them together to turn it down.

The integrated seat controls are part of the iNEXT’s “Shy Tech” system, essentially smart screens that are only visible to the user when they need to be. On the sound system touchpad, for example, its LED only lights up and the system activates when the user draws the proper pattern. While the current iteration is only applicable to fabric-based interfaces, the BMW design team hopes to eventually expand the functionality out to wood or other kinds of cloth.

Unfortunately, we weren’t able to take the iNEXT for a test drive. Namely because BMW held the entire press event on a remote SFO airfield aboard a Lufthansa-branded Boeing 777 cargo jet with the prototype already loaded aboard. Yeah, we stood in a plane to get pitched on a car.

The design team was understandably mum on when, or even if, many of these features will make it into other production models, but I, for one, hope they do. Because if you’re going to hand your life over to a robot chauffeur on the open road, you may as well do it in a cabin that mirrors your Nana’s sitting room. That’s living on the edge.